Update from the Governor’s Budget Presentation

Below are the Governor's proposals that will impact VRF members found in the Governor's Budget Document that was presented on December 16, 2016.

The State is expected to increase revenue by $2 million by providing guidance on reporting purchases of tangible personal property online or via catalogs through enhanced instructions to tax payers, form changes, vendor guides for electronic filers, presentations to tax professionals and CPAs, and online communication.

Proposes to increase the Restaurant Inspection Fee from $40 to $285.

Proposes to replace current $40 annual inspection fee with a three-tiered fee structure based on the establishment's square footage; the fee structure will range from $40 to $575.

Additionally, during the Governor's remarks to the Joint Money Committees, he mentioned two important issues to the retail industry:

According to the Governor's statement, the Commonwealth is missing out on $250 to $300 million a year while E-fairness legislation remains stalled in Congress. Because of this, the Governor is proposing legislation which will require any out-of-state merchant who uses a fulfillment center or warehouse, located within the commonwealth, to register as a dealer for the collection of sales tax on their sales in Virginia.

You can expect to receive weekly updates via our Retail Advocate email during the 2017 Session. 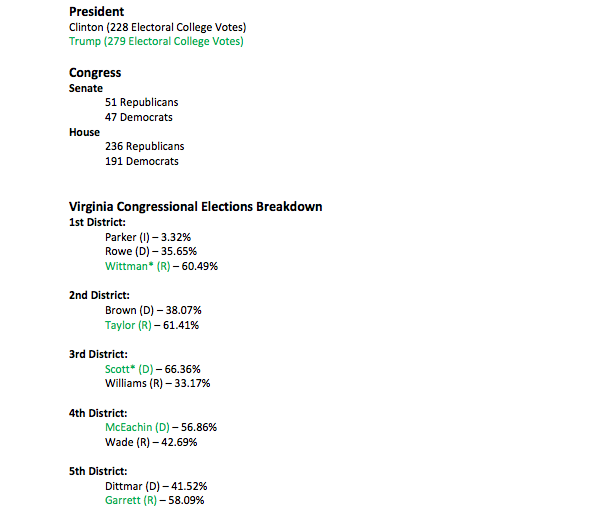 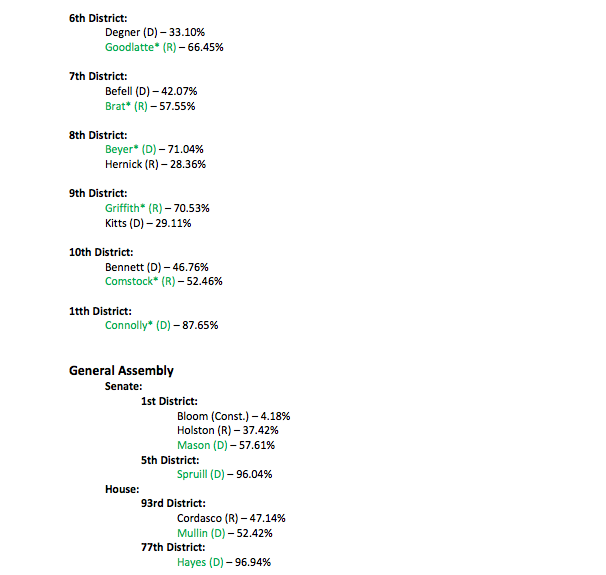 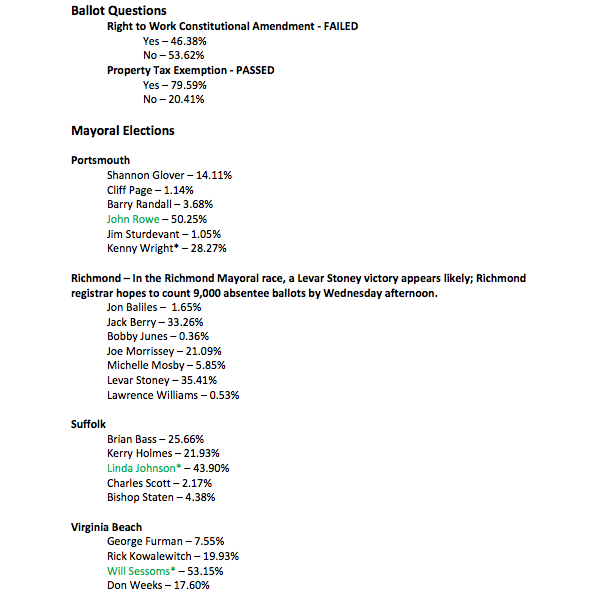 IMPORTANT BALLOT INITIATIVE
Election day is November 8, 2016 and we wanted to make sure that VRF members are aware of the constitutional amendment that will be on this year's ballot. This proposed amendment would add right to work to our constitution rather than just having it in the Code of Virginia; making it much harder to change labor laws in the future. If it remains just in the code, it only takes legislative action to change Virginia from being a right to work state.


The language that will appear on the ballot:

Virginia Retail Federation supports Virginia remaining a right to work state and wants to make sure that our members are aware of this important ballot initiative, so remember, vote yes!

SEEKING TO DELAY
The DOL's new rule on overtime will go into effect December 1, 2016. However, the House recently passed legislation that seeks to delay the effective date of the new rule until June 2017.

STEPPING FORWARD
While this is a great step forward, this legislation still must pass in the Senate. There is not much time for the Senate to get the legislation passed before December 1st. This is because Congress has adjourned until after the election. The Senate will essentially have 6 voting days to get this legislation passed. The likelihood of it passing in that short amount of time isn't great, but there is always a possibility.

OUR ADVICE
Plan for the new rule to be effective as of December 1, 2016.

Read an overview of the new Overtime Rule...

As you know, the new overtime rules are due to go into effect December 1. There are now less than 100 days before retailers must be compliant with the new rules.

Congress has two options of legislation to provide relief from the rule: S. 2707/H.R. 4773, the Protecting Workplace Advancement and Opportunity Act, which would hit pause on the rule; or H.R. 5813, the Overtime Reform and Enhancement Act, which would phase in the salary increase.

Congress has not heard nearly enough from retailers, small businesses, non-profits, and universities about the challenges of this rule and the unions are expected to be very active after Labor Day touting the benefits of the new rule.

We know many of you have reached out already and we are asking that you do so again on the very important issue. For an alert to help you reach out to your representative in Congress, click here.